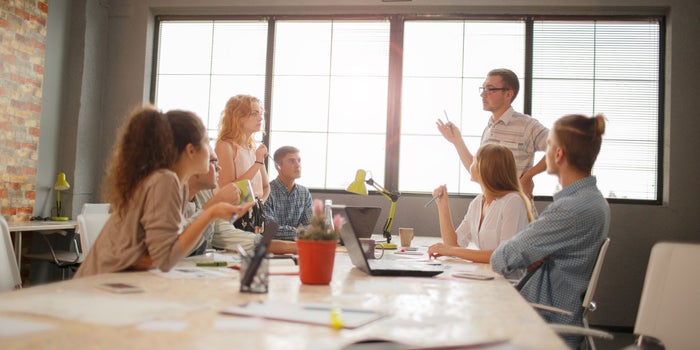 We often hear about the big deals in mergers and acquisitions (M&A), but the truth is that companies of all shapes and sizes are looking for M&A opportunities to help position themselves for growth or deal with a looming challenge. No matter the size though, a few things are true of almost every M&A:

Of course, there are exceptions, but, usually, one organization ends up taking over, i.e. their culture “wins.” It’s widely acknowledged when speaking with business leaders, and yet, it happens again and again. It’s ok to acquire a company, but when there’s a disconnect between what you’re doing, and what you say you’re doing, people will notice, including your stakeholders.

Due diligence doesn’t focus on all the right things

When preparing for an upcoming M&A, the focus is usually external. For example: how will doing this give us access to new opportunities? How will this position us better to gain market share? How will this afford us economies of scale to keep ahead of our competitors? The internal focus comes after the documents are signed, and the offices are merged. In other words, too late.

They rarely deliver all the promise

The numbers don’t lie: very few adventures into M&A deliver everything they promised. And even fewer do so as easily as was expected.

Here’s the secret: we know what the problem is. And it’s not even that much of a secret. It’s culture.

We all know culture is key. It’s key to sustained success, and to most failures. In fact, cultural integration was the second most common direct factor cited for deal failure by companies in Aon Hewitt’s global survey, with eight of the top 10 factors connected to culture.

Culture is behavior. That’s it. It’s as hard and as easy as that. And changing culture is hard, because changing behavior is hard. But behavior is everything. It’s an input that leads to results. Beyond technical skills, our behaviors are what humans bring to the table. Just like IP, software, or the manufacturing process, how people behave is what distinguishes one company from another.

But people are even more important, because they use, sell, and buy things. So, why don’t we do it? Why don’t we focus on culture in the way we do on software and products? Well, it’s difficult, isn’t it?

The work involved in creating, embedding, and maintaining a culture is not fun. It involves making difficult decisions, and then implementing them with a laser focus. It can be done, but it’s drudgery, and it seems most people don’t want to do the hard work, preferring instead to see good opportunities wasted, bad decisions made, people disillusioned, jobs lost, and unhappy customers.

Despite all the statistics, it’s astonishingly normal to hear leaders talk about how the cultures of the organizations are well-aligned, and how this will facilitate an easier integration. To this, I ask: “How do you know?” And the answers are rarely reassuring.

In some ways, managing a culture is hard- it’s time-consuming. It involves sweating the small stuff, and making some people unhappy. But if you’re in a leadership position -at any level- you have responsibilities when it comes to culture.

1. Be clear on what you want

Spend time thinking about what you’re trying to achieve, and then the culture you need to make that happen. This should not be a one-size-fits-all approach. Too many organizations say they have the same culture- but what they mean is they have the same cultural aspirations. Knowing what you really want means you’ll have to “miss out” on the wrong people when you hire or promote. And be ready to say goodbye to those who don’t see the world as you do. On the other hand, the people who stay will suddenly be a lot more fun to work with.

Most cultures sound the same when explained by corporate communications. Instead of talking about vague aspirations, be specific. Don’t ask somebody to be creative; instead, set the expectation that meetings aren’t to be held unless they happen to answer a question; that all attendees need to be well-briefed in advance; that all must come with three answers to the question asked; that all must be prepared to take a specific role designed to mine for conflict. Being specific about the behaviors you will and won’t accept helps people decide if they belong, helps managers manage, helps people hold each other accountable. It also takes away anxiety. What does “right” look like now is the question most employees want answered- so, help them! And the more diverse your workplace is, the more work you’ll need to do to ensure that everyone means the same thing. For instance, the word “respectful” is not terribly useful in an instruction on behavior, but “shake hands firmly” is, and so is “wait until your contact attempts to shake your hand before touching his/ hers.”

3. Promote the behaviors you want (and make the undesirable ones more difficult)

Think about everything you can do to achieve this. When you see an example of what you want, celebrate success– but keep the Chinese idiom “kill the chicken to scare the monkey” in mind. Not literally, of course. But it’s important to have sticks as well as carrots. And give your people the right skills– provide them with the opportunity to develop them through training, coaching, and mentoring.

Although training in itself is never enough, when it comes to developing and maintaining culture, it needs to be managed, constantly, because culture touches everything, and is touched by everything. Whether you mean them or not, everything you do is sending signals– particularly during periods of uncertainty, such as in the middle of a M&A.